Frustration with "AirPort" on Mac

We have a wireless network, and one of the frustrations we've had with our Macbook is that, pretty much whenever it entered "sleep" mode, it would fail to reconnect properly to the network. Resetting this was taking up to half an hour a day - particularly bad since the major selling feature of Apple products is that they should "just work".

This was getting gradually worse as time went on. I'd come to the conclusion that it was something to do with IP address conflicts - switching an extra computer on would quite often trigger a period of misbehaviour. Our house now has four phones, a TV, five computers, a wireless printer, a couple of e-readers and several games consoles which drop on and off the network. The potential for IP address conflicts was getting steadily worse, and the Macbook in particular was getting more and more flaky. The problem has been known about for years, but Apple have been singularly poor at working out a fix. Something had to be done - or the Macbook was likely to experience defenestration. 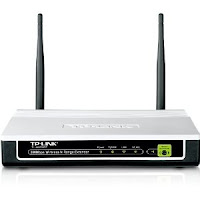 A further complication, which may or may not have made the situation worse, was the addition of a wireless network extender. This had the benefit of making the internet available in the furthest reaches of the house (which is not actually that huge!), but created the complication of (apparently) having two different networks with the same SSIDs. This had various implications - it was not possible to tell whether a computer and the wireless printer were actually on the same network until data failed to make it to the printer.

It was all pretty bad. But I think we may have found a way forward.

Devices on the network are identified by a MAC address. This is a number which is six two-digit hexadecimal numbers in a row, separated by colons, and every device capable of accessing a network has a different one (I suppose). Some wireless routers have the option of "reserving" an IP address for a particular device. So I found the Macbook's MAC address, entered the configuration page for the wireless router (a Virgin Media Superhub), and asked it to reserve the IP address for that Macbook. A slight additional complication was that I had to change the name in the Macbook "Sharing" section of its System Preferences - it had a name, but until I changed it, this wasn't being made available on the network, and the wireless router needed a name to reserve the address.

In doing this, I discovered that the Superhub was somewhat more super than I'd expected. It actually has the option of running multiple wireless networks. So I then set up a second wireless network - I now have networks with the SSIDs virginmedia12345678 and extension12345678. The printer and the Macbook and most things within reach of the router use the first one. But the network extender uses the second one, and this means that most devices can ignore its behaviour altogether. So people on "that" side of the house get wireless internet, and it doesn't interfere with devices on "this" side of the house.

I'll let you know if this turns out not to resolve the issue long term, but it looks like we've found a workaround for Apple's inadequacies.

In the meantime, I've come across a new problem. The Superhub has an ongoing issue that after a while, it stops being possible to access the administration screens using the standard IP address. Like the Airport fault on Apple, this has been flagged up for years, and Virgin have apparently failed to achieve much by way of fixes. Apparently, restarting it allows access again - and fortunately we will hopefully not have to access the configuration pages on a very frequent basis. So I think I can live with this.